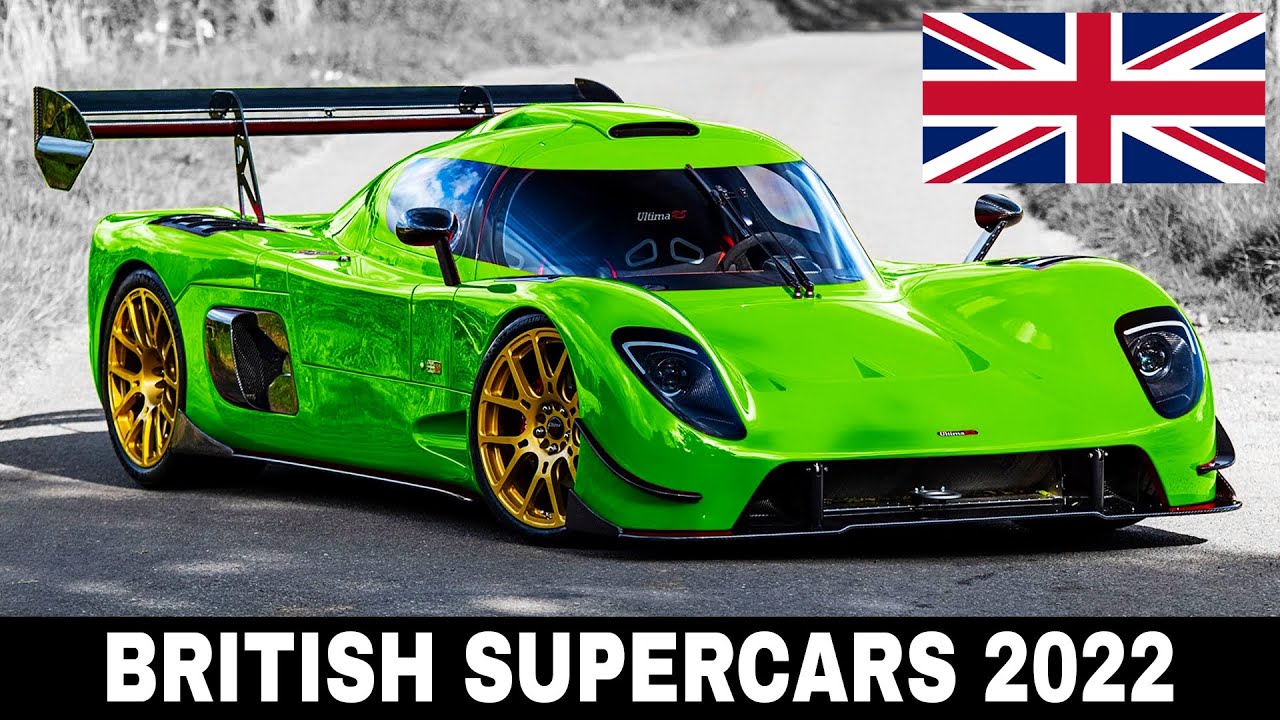 The British School of carmaking is a unique combination of gentleman’s designs and powerful underpinnings that set the world’s standards in grand touring and lightweight track performance. This will be a video about the newest supercars from the United Kingdom, including new arrivals from McLaren, Aston Martin, Jaguar, Bentley, Lotus and other boutique manufacturers!

So subscribe to #AutomotiveTerritoryDailyNews to get alerted about the latest episodes of our 2022 digest and lets start the engines!

It is heavy, it is odd looking, but it is still the quintessential grand touring sportscar that gets nearly all of the performance and luxury aspects right. The latest facelift to the third generation Continental GT Speed brings a few cosmetic tweaks.

Having a retractable roof adds a lot of fun, but usually requires a compromise in the form of a few milliseconds cut from the car’s zero-sixty time. However, this is not the case for the 765LT Spider which clocks the same 2.7 seconds as the coupe version.

Lotus’s new Chinese overlords from Geely have clear intentions to transform the brand into a manufacturer of electric sportscars, so the Emira is the final internal combustion model from the brand. Despite receiving the Evija-inspired styling, it rides on Evora’s bonded aluminum chassis.

When a resume of a supercar creator includes award winning Formula One racers and the world’s fastest supercar of the 20th century, then you can expect that the new project will be extraordinary. The already sold out T.50 will be limited to 100 units.

The pinnacle of the 720S series arrives with impressive power-to-weight ratio of nearly 590 horsepower-per-ton. To make this possible the 2022 McLaren 720S GT3X becomes 440 pounds lighter than the road-going model and comes built around a bare carbon monocoque chassis.

As per the latest news from Gaydon, Warwickshire Aston’s first hypercar Valkyrie has finally began rolling out the assembly lines with double digit deliveries expected by the end of 2021.

Developed alongside this season’s Vantage Formula 1 safety car, the 2022 Aston Martin Vantage F1 limited edition will go on sale both as a coupe and a roadster. The two wear the same racing green paint, can be optioned with a front-to-rear grey stripe, and get special badges.

At the end of 2021, Lotus is completing the final validation testing for the Evija at the world-famous track in Nardo, Italy and on the streets of London, the M25 motorway and parts of Essex. The Lotus Evija aims for the title of the most powerful and lightest EV hypercar in production.

Depending on the market, 2022 McLaren Elva will be offered both as windshieldless speedster or with an actual physical windscreen. Both versions of the car should be able to deliver 2.8 seconds 0-62 and 218 miles per hour.

Say goodbye to the 4-cyllinder and V6 F-Type engines, since starting from 2022, it is exclusively a V8-powered sportscar. In addition to the flagship F-Type R with 575 horses, you can now get the P450 modification with 444.

The Golden era of 1980s Class C Motorsports might be long gone, but they continue inspiring car designs like the superfast track toy from the exotic British carmaker. The Ultima RS is the latest flagship of their range.