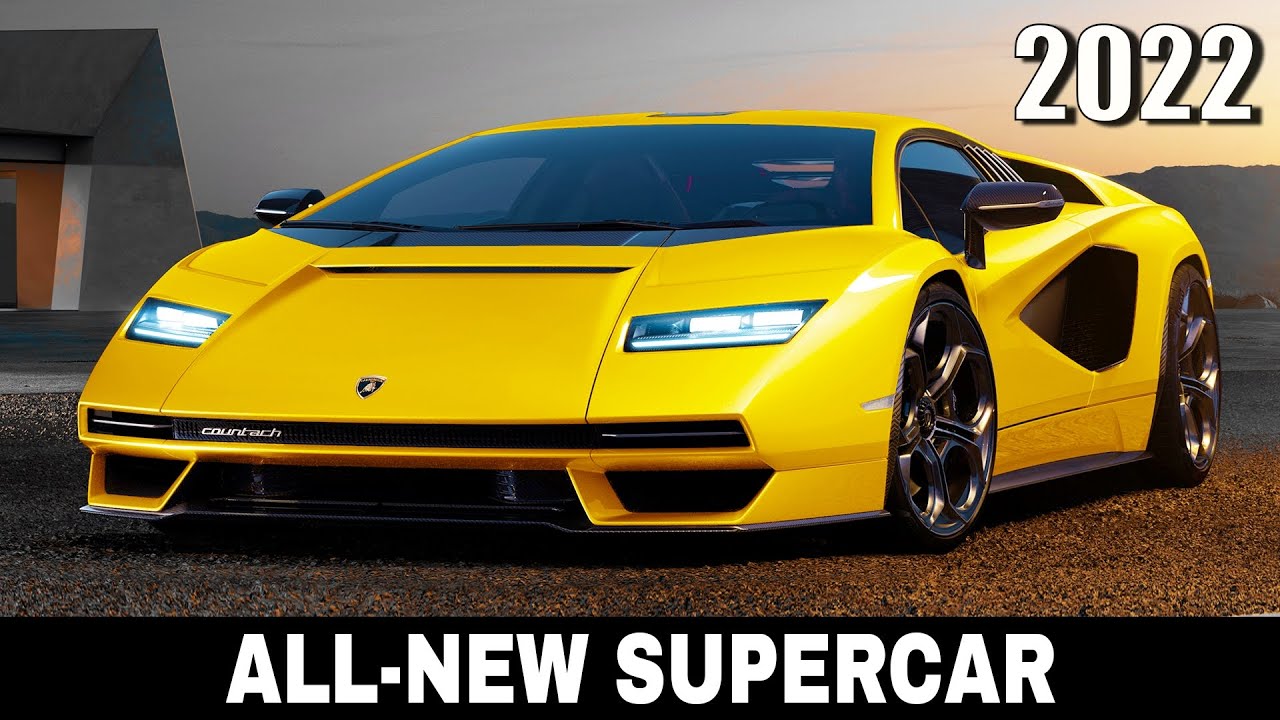 We are definitely living through peculiar times. Per a single mass market car model, there are three new supercars. Yes, this does not sound sustainable, but all we can do is get excited by yet another batch of luxurious high performance automobiles. Today, we continue our quest of window shopping for the 2022 newcomers!

So subscribe to #AutomotiveTerritoryDailyNews not to miss the upcoming volume two for this episode. Let’s start the engines!

The original 1974 Countach was created by the efforts Marcello Gandini and Paolo Stanzani. At the time, its design was viewed as earth-shattering and defined the entire era of 80s luxury. This modern reinterpretation celebrates the fiftieth anniversary of the icon but in essence it is a variation of the Sian.

Acura is saying goodbye to the 2nd generation NSX with a limited edition Type S version, that will see just 350 units produced. It relies on the usual hybrid setup of a 3.5-liter twin-turbo V6 and 3 electric motors, that is boosted to 600 horsepower and 492 lb-ft.

As production of the Aston supercar approaches, we find out more and more information about the model. Unfortunately, the most recent press release from the brand brings as disappointing news, since the Valhalla will no longer pack the new Aston-Martin developed drivetrain.

2022 will see the end of production for the legendary American supercar, and Ford celebrates this event by unveiling the special edition that re-interprets the 1964 Ford GT prototype. Finished in exclusive Wimbledon White, the 2022 Heritage Edition borrows styling cues from the GT/101 chassis, which was the first GT to exist.

Commissioned by McLaren Beverly Hills, the Albert is a special MSO version of the Speedtail hypercar that was manufactured as one of the final units of its 106-car limited production run. Named after the F1 test-mules as well as the first Speedtail prototype, this one of a kind build has a 1K gloss visual carbon fiber body with the most complex paintwork ever completed by MSO.

The production version of the Pinifarina Battista is finally here, and it is ready to conquer both tracks and public roads. Unveiled at Monterey Car Week in California, the Italian EV supercar promises 1900 horsepower, up to 217 miles per hour top speed, and 0 to 60 acceleration under 2 seconds.

The ultra-limited edition of the S Roadster was designed by Lamborghini Seoul, and it is available only in Korea. The two copies, if you can call them that, wear completely different livery but each pays homage to the country’s culture.

This year Pagani Huayra turns ten, and on this occasion, the company has prepared an anniversary special version based on Huayra BC. The Pacchetto Tempesta package boosts the supercar on all fronts, including the suspension, aerodynamics and powertrain.