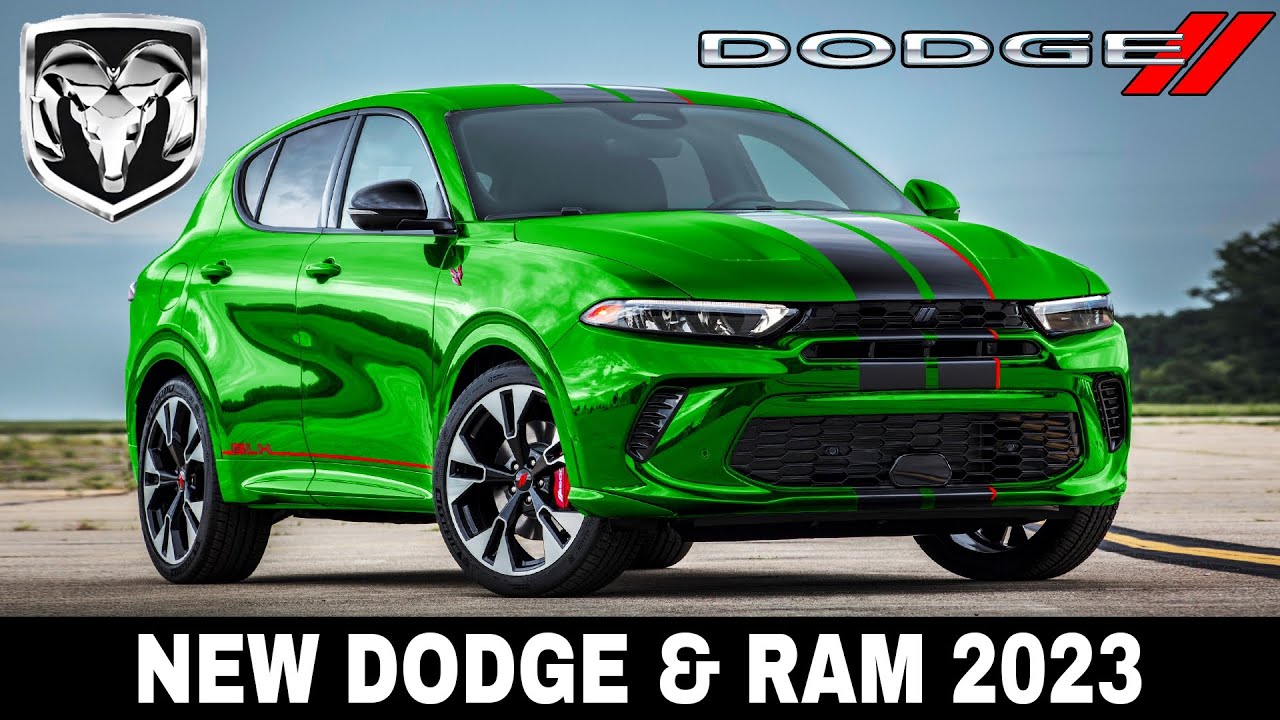 Despite the recent successes of RAM Trucks and the lack of direct competitors, overall as a brand Dodge has been experiencing the gradual decline in the sales numbers and consumer’s interest. In 2023, under the new management of the Stellantis corporate umbrella, the iconic American property is expected to go through a slew of discontinuations and all-new market introductions. In this video we will cover the latest news about the Dodge lineup in the upcoming model year, plus we will throw in a couple of custom projects with impressive specifications.
Make sure to subscribe to #AutomotiveTerritoryDailyNews to find out about every new car model being released in 2023! Let’s start the engines!

Dodge Charger Daytona SRT will the first all-electric muscle car from the company, that will be built on the 800V architecture by Stellantis, named Banshee.

2023 Dodge Hornet begins the EV age for the company, offering a plug-in hybrid drivetrain option based on a 1.3L mill and a 15.5kWh battery.

2023 Dodge Durango SRT Hellcat returns this year with its supercharged 6.2L V8 and2 new trim levels, Plus and Premium.

Arguably this is the most successful and radical custom project by the Wisconsin based Speedkore that redefines the timeless classic with the Hellephant crate engine. The 1968 Dodge Charger employs a 7L V8, a 3L supercharger and an 8-speed ZF transmission.

Unlike its competitors from Ford and Chevrolet that diverted towards better sportscar like handling, the 2023 Dodge Challenger remained a proper pony car with a single purpose of burning tires on a drag strip.

The most impressive RAM 1500 TRX is built by Hennessey Performance, who adds a 3rd axle, a front-leveling kit, 20-inch 10-spoke wheels and boosts the 6.2L Hellcat V8 with a high-flow 2.65 supercharger.

The world’s one and only muscle sedan has reached the end of its road just like the Dodge Challenger. In 2023 the Charger will seize production and shall transition to electrified powertrains as a part of the Stellantis EV initiative.