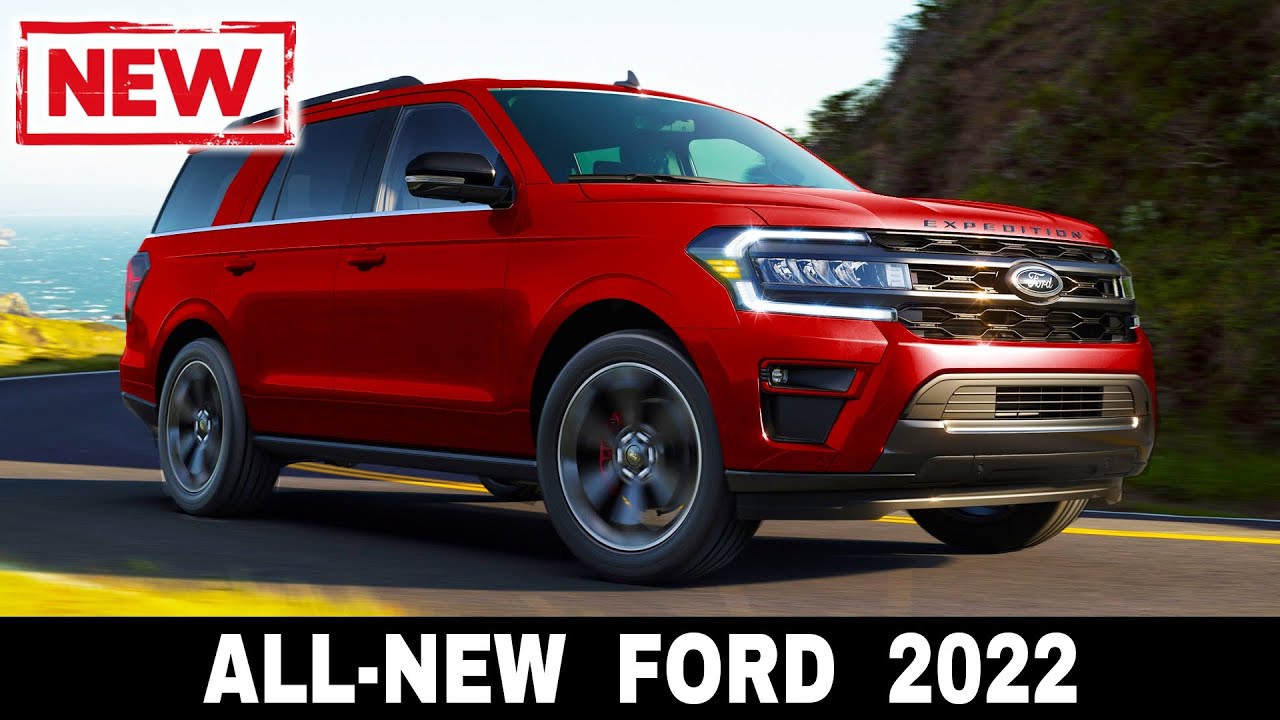 Check out the 2022 playlist about new car lineup from ALL automakers:

Taking into account the number of all-new and refreshed models, Ford easily steals the title of the most progressive American brand in 2022. We are seeing improvements in vehicles across all categories and a clear commitment of the company to develop self-driving and electric vehicle technology. New pickups, SUVs, cars, supercars and vans wearing a blue oval badge are coming your way,

For the upcoming model year, the company reshuffles the Ford Explorer range, adding a new ST-Line trim and a RWD version of the performance-oriented ST.

A pickup with hybrid propulsion, versatile bed system, seating for 5 and starting price below 20,000 bucks sounds like a dream. It is made a reality by Blue Oval’s new Maverick truck.

As a part of the 2022 refresh Ford Expedition flagship full-size SUV gets two new trims. An off-road pre-equipped Timberline and sporty Stealth Edition.

After collecting over 150,000 preorders, the 2022 Ford F-150 Lightning can be rightfully called the brand’s breakthrough electric vehicle, prompting the company to invest 250 million more into EV development.
#6 2022 Ford Fiesta

Despite being absent on the home market, Ford’s B-segment Fiesta hatch remains a fan favorite model in Europe which forces it to get a facelift in 2022.

The current camping season has barely ended, but the European Ford is already preparing for the next one. The company broadens the Nugget range with two new models, that as usual are designed in cooperation with Westfalia. The Active and Trail are based on the Transit Custom van, either in regular or in long wheelbases.

From 2022 the FIA World Rally Championship is entering a new electrified era. Ford will be represented by the Puma Rally1 crossover with the next generation hybrid powertrain.

Besides getting a new suspension setup and better tech, we are hearing rumors of the impending arrival of the Ford F-150 Raptor R to compete against the RAM 1500 TR, Chevy Silverado ZR2 and GMC Sierra AT4X.

Unlike the North American market, Australia and Europe have been utilizing the Ranger for a decade now, so these two markets will be the first ones to experience the next generation model recently previewed in camo.

Ford’s commercial transportation branch adds its first all-electric member, and surprisingly, it is not limited in availability to the European market. The E-Transit is built alongside the ICE van at the brand’s Kansas City, Missouri plant, and is offered in three roof heights and lengths.