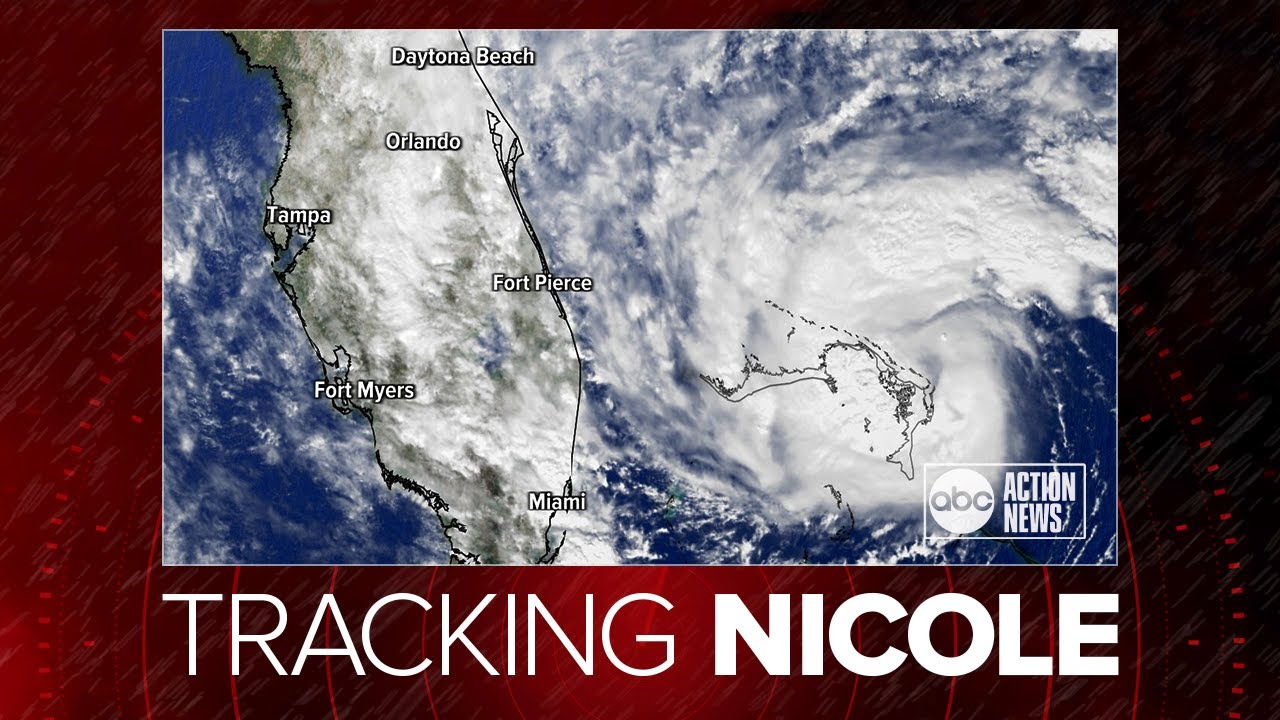 Nicole remains near hurricane strength as it continues to slowly churn in the Atlantic Ocean towards the Florida peninsula.

The center of Nicole will approach the east coast of Florida by Wednesday night or early Thursday.

Additional strengthening is expected during the next 24-36 hours, and Nicole is forecast to become a hurricane on Wednesday and remain a Category 1 storm as it nears the east coast of Florida.